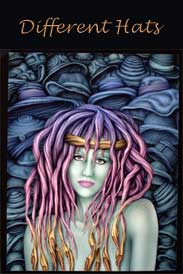 Haia was born in Israel, during the hot month of July, with a great passion for music that evokes creativity and artistic soul. She has been singing since childhood, and performed as a solo vocalist with the well-known Israeli composer Josef Hadar. At the age of fourteen, Haia was a lead singer with a show touring Europe.

After high school, she served her mandatory army service, and subsequently continued her education at a teaching college, studying to become a music teacher for elementary and middle schools. Haia studied during the day and performed at night at special events. Her broad repertoire includes songs from different times and places, from “oldies" to new music sung in seven different languages including: English, Spanish, Italian, French, Portuguese, Hebrew and Greek. The wide range of Haia's repertoire along with her soft-soothing voice reaches the hearts of everyone in the audience.

Haia's warm voice and worldly repertoire have taken her around the world. Her diverse vocal abilities have been showcased in Israel, Morocco, Switzerland, France, Germany, and the United States, to name just a few places where she has sung.

Haia settled in Florida in 1998 and continues singing in different locations and events while she took on the studying of Doctorate in Clinical Psychology. In Haia’s words she stated that practicing as a psychologist is, in a strange way, very similar to singing, as in both occupations you reach out to others with a goal in mind to make a positive impact on people’s lives.

Haia released her latest CD "Bossa Nova with Haia” in Germany, while performing at the Atlantic Hotel in Hamburg. "Bossa Nova with Haia" features Brazilian Bossa Novas, mostly sung in English. The exceptions are "Besame Much", sung in Spanish; and "The Fisherman Song", sung in Hebrew. Many of the songs were written by Carlos Jobim.